VA Disability - Step 6: When the initial decision finds no "nexus" 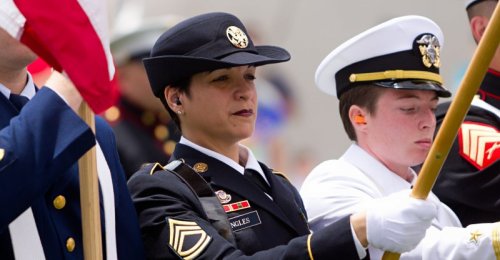 VA Disability - Step 6: When the initial decision finds no "nexus"

This step-by step guide will walk you through the process of a VA Disability claim. This step explains what it means when the initial decision finds no "nexus".

What is the "Nexus" and Why is it Important?

To get benefits, you must meet three tests. You need to show:

This third test is the connection or "nexus" between what happened to you in the military and your current medical condition.

Case in point: the back injury story

In many cases this connection, or "nexus" may be tenuous at best. Let's consider, for example, a back injury. You may have hurt your back in some fashion while serving your country. That was in 1970 and you went on sick call. Your sore back was diagnosed as a "pulled muscle" or something similar.  You were given some APC tablets and sent on your way to light duty for 3 days. The back became more painful so you were back on sick call a week later. This time an x-ray was ordered and you were given some stronger pain pills. Your light duty was increased to  restricted duty for a month with orders of no lifting, no PT and so on.

The military culture demands that we don't complain of our "minor" aches and pains. The team depends on each member being ready to complete the mission and the mission is all that counts. From day one we're trained that complaints of pain will bring about scorn from superiors. Fellow soldiers will know that they have to carry your load as well as their own. "Pain", we learn, "is weakness leaving your body." Pain is good. If J.B. Books [John Wayne character in the 1976 movie "The Shootist"] didn't complain about his back pain, why should you?

So you toughed it out, used a lot of aspirin. While your back did improve, you always guarded it and were cautious that you didn't injure yourself again. Your civilian career wasn't as physical as the military. So during the years since your ETS you've had a chronic, low level back pain but it hasn't required much treatment...until now.  In the last year you've had to seek more intensive medical care, and finally you had an MRI. The MRI study shows numerous issues with disks and nerves. You realize that your old service injury is here to haunt you.

You file for service-connected disability compensation. You have a C & P exam. And about a year later you have a denial letter. The VA tells you that although you had complaints during your service, your condition today is new and unrelated to those old problems. Now what?

How do I prove this "nexus"?

Nexus is defined as "the means of connection between things linked in series." An Independent Medical Opinion (IMO) is the key to winning your appeal and showing how your injury or illness is linked to your service, though you also have the option of a "nexus letter" if you can't afford an IMO. These options were previously discussed in detail in Step 3 of this guide and were recommended to avoid appeal.

If you didn't get an IMO in the evidence gathering stage of your claim, this is your next step. You must seek an expert physician who will review your complete medical records and you need to ask them to write a report stating their opinion that your condition today is related to your military service.

How do I get a doctor to support my claim?

If you absolutely can't get an IMO, and haven't submitted a "Nexus Letter" previously, find a doctor who has written these letters before and make a routine appointment to meet face-to-face with that doctor. Ask them directly to draft or sign the letter.  Assuming that the physician agrees with your "nexus" claim, it is perfectly acceptable for you to draft the letter on her behalf. Then ask them to review and sign it, or edit and then sign, if the doctor feels more comfortable with that.

We advise you not to ask a nurse or clerk to perform the task of getting the physician's signature. These members of the care team often see themselves as "gatekeepers," to guard and protect the physician from tasks that will only take up more valuable time. They may believe that "rules" or "law" won't allow the physician to sign such a document and may refuse you access to the doctor.  Most physicians will sign such a letter if it is brief, to the point, and factual.

What if I can't find a doctor who wants to do the letter?

This will lead you back to the IMO, because you will need to hire a doctor who specializes in these types of record reviews and examinations.  These doctors usually do a very good job with writing IMO reports. These independent physicians can charge from about $1000.00 and up, depending on the extent of the services. You must pay that fee in advance with no guarantee that the physician will agree with your theory or that you will get benefits. If you require an in-person examination, just know that the Independent Medical Exam doctor does not treat or prescribe and provides only a records review and report.

The importance of the IMO can't be overstated. In many situations the IMO from an expert is the only evidence that will tip the scales in your favor. Although if you can't afford this - a "Nexus Letter" is a far distant, but best second option you have.