A Servicemember's Guide to Housing 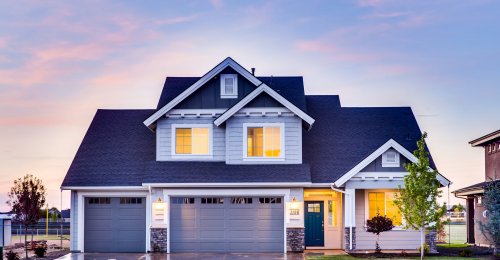 A Servicemember's Guide to Housing

Military Family Housing does not require the servicemember to sign a lease or pay rent. The servicemember stays in the home at the discretion of the base commander. Any rights that the servicemember and his family have to the property come from the military regulations governing military housing; namely DoD 4165.63-M.

There are a few important options that servicemembers should be aware of:
Base commanders may allow the family of a servicemember who is killed in the line of duty to remain in Military Family Housing for a period of 365 days after the death.

It is important to note that the majority of the above options are at the discretion of the base commander. Other than the above rights, the commander has sole power to give or take away military family housing. It is fair to compare MFH to single soldier barracks in that regard. In addition, you should know that your family members can be excluded from coming onto military property (the base) by the base commander should they find that that individual is a danger to the base or its personnel. This right comes from the commander's responsibility for the overall safety and security of the base.

This housing option is managed by private landlords. The military leases land to a private person or company. Generally, the rent is paid by the military. Because the housing unit is owned by a private landlord, the servicemember is required to sign a lease agreement. Usually, these leases include a clause that will allow the servicemember to cancel the lease in the event that they move because of their military service. For an example of a lease like this, see the Travis Air Force Base Family Housing Lease.

In addition to the rights mentioned below, some state laws may also apply to servicemembers living in privatized military housing.

Servicemembers' Civil Relief Act: In general, there are two important protections provided by this act. First, the landlord cannot evict if you have been deployed and have missed your rent payments and second, this act allows you to end your lease if you need to move because of your service.

Military Clause: Almost all privatized housing leases include a Military Clause. This clause allows you to end your lease even if you signed it after the beginning of your service if you are required to move because of your service. You may be required to show your landlord orders from you commander. Also, you must check your lease to determine if this clause is included.

Discrimination protections: There are many federal statutes that require privatized military housing landlords to accommodate persons with disabilities such as the Fair Housing Act, the Rehabilitation Act and the Americans with Disabilities Act. For more information on these acts see A Guide to Disability Rights and our guide on Fair Housing.

The Rehabilitation Act prohibits discrimination against disabled persons in programs receiving federal aid. This may include MHPI. For example many privatized communities have programs that are available to members, and any failure to accommodate disabled persons could trigger a violation. To file a claim under the Rehabilitation Act, call 1-800-514-0301, or contact:

The Americans with Disabilities Act prohibits discrimination on the basis of disability in public accommodations. This may apply to common use areas such as recreational facilities and parks in privatized military housing communities. To file a complaint under the ADA call 1-800-514-0301, or contact:

Due Process Claim: The Fifth Amendment of the Constitution requires that procedural due process be given to individuals when the government takes their property. Most leasing agreements include a clause that allows for your eviction should you be barred from the base. However, some do not, and in the event that they do not, you may have a claim that your interest in the property (your lease) is being taken from you by the military. While the due process clause does not forbid the government from taking your property, it does require that you be given some kind of process. Usually, that process includes notice, and a right to be heard. However, it may end up being even less than that if the commander is found to have a good reason to keep you off the base.

Finally, if you believe that your lease agreement is unfair or unenforceable, you may be able to challenge its validity under the law. To do this you would claim that it is a contract of adhesion and that its terms are overly one sided. However, such a claim may be difficult. To find an organization that may be able to help you visit our helpful organizations link.

If you are facing eviction for privatized military housing, it is very important to contact a legal professional.

Note: It is important to recognize that most leasing agreements will state which jurisdiction they will be governed by. Therefore, these clauses may be enforceable even where the land is exclusively federal because they are private contractual agreements governed by the law of contracts.

This article lists legal services organizations for every state. You may find free legal help at the listed organizations should you meet the financial requirements.
Read More