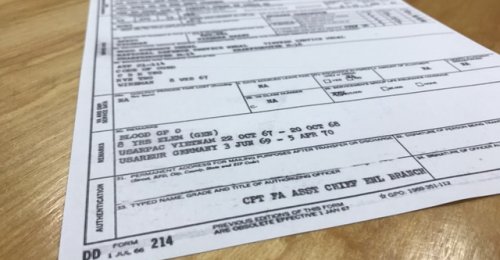 Permanent disability is available for individuals:

Permanent disability is also available to individuals with pre-existing condition permanent disabilities who served for 8 years or more. These individuals must have a rating of at least 30% with an injury that occured in the line of duty. It is important to note that the DoD only assigns a disability rating to an injury if it is deemed “physically unfitting.” Disability ratings are issued by percentage in intervals of 10. Once such a determination is made it is considered final.

Once the qualification threshold is met, the DoD uses one of two formulas to determine the compensation amount up to a total of 75 percent of base pay:

To determine the Retired Pay Base, the DoD either takes the final basic pay amount for individuals who entered the service before Sept. 8, 1980, or the average of the three highest earning years for those entering the service after that date. Thus, for a service member who entered the service prior to Sept. 8, 1980, the Retired Pay Base would be equal to the last basic pay check on active duty. For service members who entered after this date, the DoD will add up the highest 36 months of base pay and divide that number by three. For example, if you were a sergeant in 2005, were promoted to staff sergeant in 2006 and were disabled in the line of duty in 2008, then your Retired Pay Base would be the average of two years of staff sergeant base pay and one year of sergeant base pay.

Temporary Disability is given by the DoD when the medical injury in not permanent in nature, yet the service member will be unable to perform military duties during the interim. Each branch of service maintains a temporary disability list.

Pay rates for those on temporary disability will be a minimum of 50 percent of the service member's last basic pay amount and a maximum of 75 percent. The exact percentage is determined by the severity and nature of the injury.

Service members on temporary disability retirement pay are examined every 18 months by medical personnel to evaluate the status of their injuries. There is a five year window for doctors to decide if the injury is permanent or not. The possible outcomes of this determination are that the soldier could be returned to duty, given a disability rating, or separated with no benefits.

In the event that you have: