Filing a Tax Return When Deployed 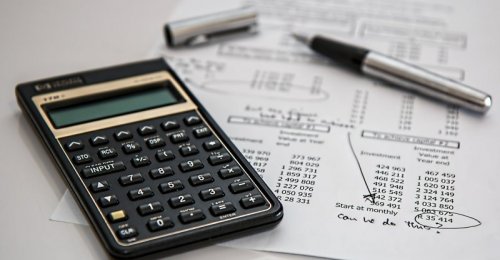 Filing a Tax Return When Deployed

Your tax return must be signed to be valid. If you are married, then you and your spouse must both sign the return. However, if you are deployed, there are other options. If your spouse has a valid power of attorney to attach with the return, then he or she can sign for you. You can also use IRS Form 2848.

Your tax return must be signed to be valid. If you are married, then you and your spouse must both sign the return. However, if you are deployed, there are other options. If your spouse has a valid power of attorney to attach with the return, then he or she can sign for you. You can also use IRS Form 2848.

Power of Attorney (IRS Form 2848)
This form is used to grant a Power of Attorney to an agent on your behalf. It can be a spouse or other family member. It can also be someone that is eligible to practice before the IRS (like a law student or an attorney).

This form enables a spouse or agent to sign your return on your behalf. In Part I of the form, you must indicate that you are granting the power to sign the return, the tax form number, and the tax year for which the form is being filed.

Filing Joint Returns
Generally, joint returns must be signed by both spouses. When a spouse is overseas, such as in a combat zone, in a missing status, incapacitated, or deceased, then a power of attorney may be needed to file a joint return.

Spouse Overseas
If one spouse is overseas on military duty, there are some options when filing a joint return.

Spouse in Missing Status
The spouse of a member of the Armed Forces who is in a missing status in a combat zone can still file a joint return. The joint return can be filed for any year beginning not more than two years after the end of the combat zone activities. The joint return filed under these conditions is valid even if it is later determined that the missing spouse died before the year covered by the return.

Spouse Incapacitated
If your spouse cannot sign because of disease or injury and he or she tells you to sign, you can sign your spouse’s name in the proper space on the return, followed by the words “by [your name; husband or wife].”

Be sure to sign your name in the space provided for your signature. Attach a dated statement, signed by you, to your return. The statement should include the form number of the return you are filing, the tax year, the reason your spouse could not sign, and that your spouse has agreed to you signing for him or her.

Extension of Deadlines
There are many reasons why tax deadlines can be requested or automatically extended. These reasons may include:

Length of Extension
Tax deadlines may be extended for 180 days after the later of:

Deferral of Payment
You may qualify to delay payment of income tax that becomes due before or during your military service. To qualify, you must:

You may be allowed up to 180 days after termination or release from military service to pay the tax. If you pay the tax in full by the end of the deferral period, you will not be charged interest or penalty for that period.

This article lists legal services organizations for every state. You may find free legal help at the listed organizations should you meet the financial requirements.
Read More