Can I Sue the United States if I am Injured while on Active-Duty? 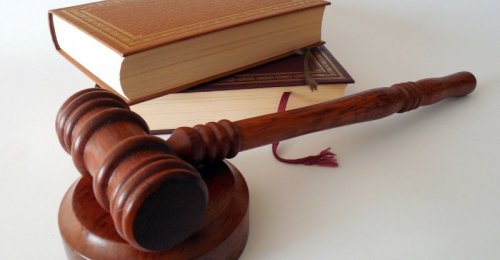 Can I Sue the United States if I am Injured while on Active-Duty?

The law about suing the United States government is complicated. Read more information about this Frequently Asked Question here.

What is the Feres Doctrine?

Suing the United States is difficult for everyone, not just for service members.

Until 1946, individual citizens who were injured by employees of the United States were not allowed to sue the United States. Injured people were not allowed to bring a case in court at all. Instead, a person who wanted to sue the United States had to write out a statement that had to be sent directly to the Congress in Washington, DC. Many statements were sent to Congress every year. Then, people who worked for members of the Senate and the House of Representatives would review the statements to decide if Congress should do something about the injury. This process was very difficult and very slow.

After this law was passed, civilians who were injured because of the negligence or mistakes of government employees could sue the United States Government. In addition, people who were injured because of wrongful acts such as assault or murder could also sue. However, it is very, very hard to sue the United States Government without hiring a lawyer who knows all of the rules involved in suing the government.

For service members, there is a specific exception in the Federal Tort Claims Act that restricts claims for negligence or wrongful acts "arising out of the combatant activities of the military or naval forces, or the Coast Guard, during time of war." What does this mean? Does it mean that service members cannot sue for injuries that they received while fighting in a war? Yes, but this phrase also means much more than that.

Some of the Justices of the Supreme Court have disagreed with the Feres Doctrine. They have found that the law is unfair to service members. These Justices have pointed out that civilians injured at military hospitals or injured by the acts of service members can sue the military. In these lawsuits, civilians have won damages that are much higher than military disability or death benefits would ever be. Retired service members may also sue the United States for injuries caused by government employees. However, a majority of the Justices of the Supreme Court determine what the opinion of the Court will be. So far, there has not been a majority of Justices willing to change or limit the Feres Doctrine.

Why has the Feres Doctrine survived even though the injuries to service members have been horrible?

One of the reasons that the Feres Doctrine has survived, even though many service members have challenged the law, is that Congress has always had the power to change the law and has not done so. Since the 1980s, members of Congress made several attempts to pass a law to allow active-duty service members to sue for medical malpractice, but none had passed.

However, in 2020, Congress passed a new National Defense Authorization Act (NDAA) that included a new exception to the Feres Doctrine. The 2020 NDAA allows active-duty service members to get compensation if they were the victim of medical malpractice. They still can’t sue the United States in court, but instead they can file an administrative claim with the Secretary of Defense. The Secretary of Defense would review all of these claims and can pay the victims a settlement if he or she decides the claim is legitimate.

What should a service member do, if he or she is injured while on active duty?

If you are injured while on active-duty, you should talk to a private attorney who specializes in military law. You may find out that you cannot sue because of the Feres Doctrine. However, laws change and new bills are introduced in Congress all the time. Never give up on a claim without speaking to an attorney who practices military law.

Don't Be a Victim of Immigration Fraud

Notarios, notary publics and immigration consultants may NOT represent you before U.S. Citizenship and Immigration Service (USCIS). Read how to protect yourself from becoming a victim of immigration fraud.
Read More

This article explains citizenship for children born to servicemembers overseas. It includes children whose parents are U.S. citizens and those who are not. It also details how some children can gain U.S. citizenship.
Read More